‘I’ve been hoodwinked by nature into loving this creature’ 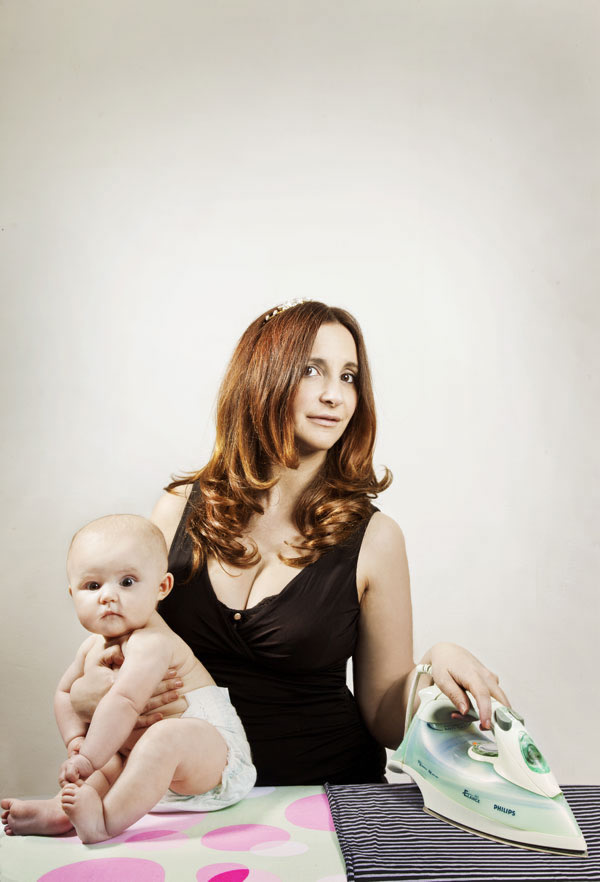 There should be no taboos in comedy Its job is to provoke, shock and create discussion.
But you should think long and hard as to whether what you’re saying is actually funny; if it’s purely to shock then you become a performance artist.
Frankie Boyle, he’s transgressed in all kinds of ways [the comedian recently caused controversy over sexual jokes about Katie Price’s disabled son, Harvey] and it’s not to everyone’s taste, but he’s challenging the liberal heterodoxy and I think that can be a funny thing to do.

My parents were devout catholics But they could make fun of themselves. I used to sit with my father as a tiny child in the late 1970s, watching these controversial routines by [the Irish comedian] Dave Allen, about being terrorised by nuns; that was the spark that delivered me into comedy.

Football and comedy are the last bastions of macho culture Backstage at a gig, I occasionally realise that I’m the only woman in a dressing-room. But football is way more sexist than comedy. And at least there are openly gay comics.

Our genetic desire to reproduce is unbelievable I’d always been the least broody person you could imagine, and thought marriage was bourgeois and restrictive, but I got to my late thirties and had this powerful urge to settle down [Porter got married to comedian, writer and actor Justin Edwards at the end of 2009]. I look at my child and think, “I’ve been completely hoodwinked by nature into falling in love with this creature.”

I say things on stage i really shouldn’t These mostly concern the personal secrets of others. I got into really big trouble with a friend as I revealed an intimate sexual peccadillo of her ex-boyfriend and she found out. She was really angry as she’d just got back with him. Fortunately, they’ve split up again so she doesn’t care any more. But I’m no longer her confidante. I can’t be trusted!

Living with a fellow comic, the laughs never end The doorbell squirts new arrivals in the eye, we greet you with hand buzzers and we dress our child as a clown. Actually, we’re the dullest individuals you could hope to meet: we listen to Radio 4 and watch TV. Sure we have a laugh, but it’s mostly telling incredibly daft, unpleasant jokes that only we find funny.

I rarely give a good first impression People have to meet me five or six times before they stop thinking I’m an utter idiot – I try too hard and want to be liked too much. I become the puppy that just wants to be loved who ends up pooing all over everything.

Fudge is my vice I gave up booze and smoking when I first got pregnant, so it’s all that remains. I make vats of it: I go for a more chalky, crumbly fudge rather than the creamy one and I made a whisky-and-ginger batch for Burns Night so, OK, there’s a little bit of alcohol in there.

Good comics don’t do stand-up for fame They do it for the adrenaline. I’ve worked with some of the biggest names on the circuit, and they pace up and down before a gig and go to the toilet five times because of nerves. But if it goes well and the crowd laughs, once you’re off stage the rush of adrenaline and sense of relief is unbelievable. It’s akin to the buzz you get from jumping out of a plane.

I hoped that giving birth would reveal a high pain threshold New mothers are often like, “Oh, it’s amazing how I discovered the capacity to withstand pain.” I didn’t. It was similar to how I’d imagine Star Trek teleporting feels: unbearable pain as your molecules are dissolved and reconstituted and every atom in your body is torn apart.

Lucy Porter, 37, is a writer and stand-up comedian. She will be performing at the Leicester Comedy Festival on 14 February (comedy-festival.co.uk)